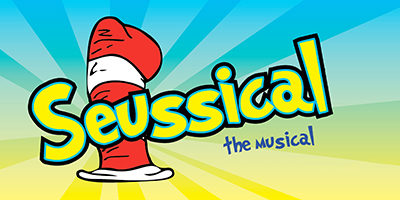 Arts in the Middle

The arts bring us joy in every aspect of our lives. Crane River Theater wishes to be an outlet for that artistic expression. Our mission is to serve the communities of Central Nebraska as a professional theater production company providing a home for the presentation, education and promotion of the arts. Crane River Theater produces a mainstream musical, children’s production and contemporary play each summer at various venues throughout the area. We are excited to bring professional artists from across the country, thus allowing Central Nebraska to become a destination for theater, music and dance.

Crane River Theater’s “Arts in the Middle” program is designed to give middle school students the tools and skills necessary to produce full theatrical productions, and incorporate theatre, music, and dance into their school curriculum. These are year-long instructional events, where Crane River Theater works directly in the classroom at Sunrise Middle School, Horizon Middle School, and Kearney Catholic.  By providing access to professional artistic directors and choreographers, students will be given the knowledge to grow and enhance their abilities to collaborate, communicate, and create.

Crane River Theater is excited to partner with students and teachers from Sunrise Middle School, Horizon Middle School, and Kearney Catholic for our first “Arts in the Middle” production, Seussical the Musical!

Each school will perform two public performances in April 2019, along with a matinee performance for area elementary students.

Seussical is a fantastical, magical, musical extravaganza that lovingly brings together all of your favorite Dr. Seuss characters including Horton the Elephant, The Cat in the Hat, Gertrude McFuzz, Lazy Mayzie and a little boy with a big imagination. Tony Award winners, Lynn Ahrens and Stephen Flaherty, have created a colorful world that transports us from the Jungle of Nool to the Circus McGurkus to the invisible world of the Whos.

The Cat in the Hat tells the story of Horton, an elephant who discovers a speck of dust containing Whos. He faces a double challenge–not only must he protect the Whos from a world of naysayers and dangers, but he must guard an abandoned egg, left to his care by the irresponsible Mayzie La Bird. Although Horton faces ridicule, danger, kidnapping, and a trial, the intrepid Gertrude McFuzz never loses faith in him. Ultimately, the powers of friendship, loyalty, family, and community are challenged and emerge triumphant.

Cat in the Hat: Eli Traver

Cat in the Hat: Zebediah Black

Cat in the Hat: Owen Biggs