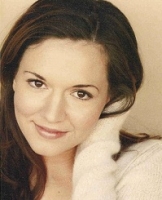 Alex was raised in New York City and attended LaGuardia High School for the Performing Arts. She then received a BFA from Mason Gross School of the Arts at Rutgers University, and studied abroad at the London Academy of Theater. After graduation Alex moved to Los Angeles, studied with Warner Loughlin, and became a member of the Screen Actor’s Guild. She’s very excited to be visiting Nebraska for the first time, back on stage, and working with Steve Barth!