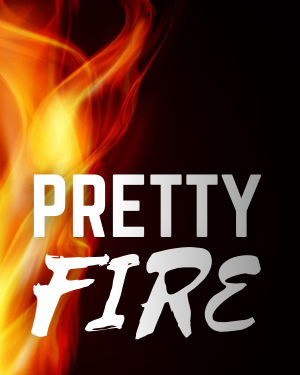 “One of the most positive pictures of the black-American experience I’ve ever seen on stage.”

“A profound celebration of life.“

Is there anything pretty about fire? Certainly not when it is a giant cross burning near your grandmother’s house in the Deep South. But to a 10-year-old girl, raised in upstate New York, and who had never seen such a ritual, it was part of an awakening. In Pretty Fire, playwright Charlayne Woodard’s very personal memoir relates this and another episode of bigotry, but her autobiographical play is more a celebration of life than a complaint about its hardships. Told through a child’s eyes, the play follows Charlayne as she encounters dozens of family members and friends, growing up in the ’50s and ’60s. Filled with earthy humor, it takes readers on a universal journey through a world in which the family bond is as strong as steel.