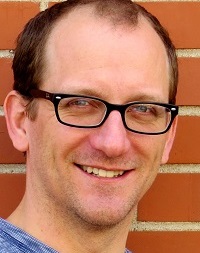 Bryce is proud to be a part of Crane River Theater’s production of Almost Maine this summer and is looking forward to returning to the stage after eight years away.  He received his BFA in Performance from UNK and his MFA in Media Arts and MA in Drama from the University of Montana.  He is currently the House Manager for The World Theatre and is proud to call Kearney his home.  Some of his favorite past roles include Orlando in As You Like It, Vanya in Uncle Vanya, Jerry in Bug, and Phillip in The Shape of Things.  Bryce wants to thank Crane River for keeping theatre alive in Kearney and his wife, Cheri, for her unending support.