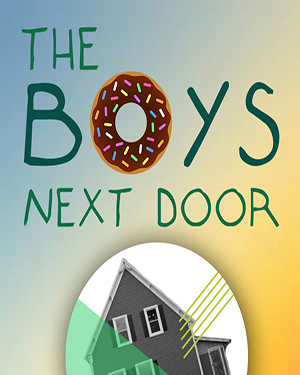 “Griffin’s play hits squarely on the truth of life with its constant interplays and shadings of triumphs and tears.”

The Boys Next Door

One of the most produced plays in America, The Boys Next Door is a compelling story of four mentally impaired men living on their own under the care of a young social worker named Jack. Norman, who works in a doughnut shop and is unable to resist the lure of the sweet pastries, takes great pride in the huge bundle of keys that dangles from his waist; Lucien has the mind of a five-year-old but imagines that he is able to read and comprehend the weighty books he lugs about; Arnold, the ringleader of the group, is a hyperactive, compulsive chatterer, who suffers from deep-seated insecurities; while Barry, a brilliant schizophrenic who is devastated by the unfeeling rejection of his father, fantasizes that he is a golf pro. Mingled with scenes from the daily lives of these four, where “little things” sometimes become momentous (and often very funny), are moments of great poignancy, where we are reminded that the handicapped, like the rest of us, want only to love and laugh and find meaning in life.

The Boys Next Door is produced in partnership with the University of Nebraska Kearney Theater.