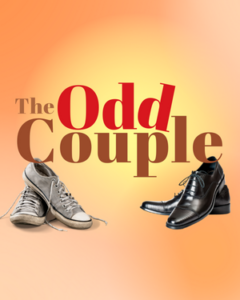 This classic comedy takes the stage at the historic World Theatre in Kearney! It’s poker night at the apartment of Oscar Madison, a divorced sports writer. And if the mess is any indication, it’s no wonder that his wife left him. Late to arrive is Felix Unger, who has just been thrown out by his own wife. Since Felix has nowhere to go, Oscar invites him to move in with him until he has a chance to figure things out. At first, Felix’s love of order is the perfect answer to Oscar’s messy house, careless spending, and gambling problems. But soon his fussiness and hypochondriac ways prove extremely annoying to those around him, especially Oscar, who has to decide whether to let his friend stay and drive him crazy, or throw him out to retain his sanity. Hilarity ensues as these two very polar-opposite friends have to figure out how to reconcile their differences.